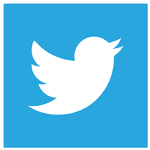 Today in Dublin a group of wonderful SMEs from the Greater Dublin region are meeting up for our inaugural Dublin tweet-up i.e. the first meeting offline of a group of individuals who up until now are known to each other by their twitter names, or twitter handles as they’re officially called.  And there have already been similar events in Castlebar and Letterkenny, with Waterford, Cork, Limerick and others to follow…

If you’re new to twitter you may wonder how this came about, so here are 5 twitter tips for the novice to get you up and running and perhaps next time we’re having a tweet-up you’ll be joining us too.

1. Don’t think of twitter as a sales channel, first and foremost it’s a conversational tool which over time will lead to greater awareness of your brand and most likely sales.  It ‘s a click to unfollow and a list of your latest special offers will quite probably guarantee this.

2. Choose carefully who you follow – businesses, friends, media, celebrities, competitors.  It’s your choice but you may, particularly in the early stages, feel it’s polite to follow back somebody who has followed you.  Follow people that interest you, it takes a lot longer to remove people once you’ve become established so start as you mean to go on.

3. Beware the spam!!  Certain phrases e.g. ipad or diet may well attract a direct tweet with a link suggesting you might like to click here for the latest diet or ipad special.  As above, don’t feel obliged and whatever you do, don’t click!  Often you’ll find these spammers follow nobody, yet have tweeted a lot so best to block and report as spam.

4. Chat – join in conversations, talk to people and they’ll talk back to you.  Share ideas, debate, enjoy a little banter.  Twitter isn’t just for business, but if you’re tweeting from a business account you need to be aware that your opinions may be considered to be those of your employer so in some cases separate accounts are needed.  And don’t collapse in shock if you get a tweet from a celeb – some of them do actually tweet from their own twitter accounts!

And that’s The Marketing Shop Five for today, if you have any questions or comments on the above let us know hello@themarketingshop.ie