SMEcommunity goes from strength to strength 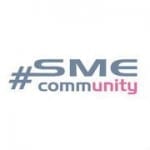 A couple of weeks ago we wrote about a Twitter community of SMEs from across the country that, having found each other through the medium of Twitter were now taking time to meet up offline in a series of “tweet-ups”.

Our Dublin SMECommunity enjoyed our first Dublin tweet-up on Friday 26th August and after a hairy start (Red Cow Roundabout, Traffic jams & 2 bars in the hotel!!!) we got chatting and it worked out quite well for all concerned.

There were about 30 SMEs from Dublin, Wicklow, Kildare and Wexford – sorry if I missed anybody by the way – and amongst our group we had people in a range of businesses including; Marketing, PR, Handbags, Make-up, Google, Public Speaking, Accountancy Software, Business Consultancy, Virtual Assistants, Retail, Energy Efficiency, HR & more.

Business cards were exchanged, some of the group found a business partner on the day and others have been in contact since.  Most of us have been in further contact via Twitter or Facebook and we plan to have another tweet-up at some point (we’ll update if confirmed) and overall there was a fantastic response as it was a group of positive, like-minded people who are working hard to make a better future for themselves.

Our Dublin tweet-up was one of a series, with others having taken place already in Castlebar and Letterkenny, where a second one is already in place for next week such was the success of the last!  If you’re interested and not on Twitter or Facebook, you’re still very welcome to come along;